Home / Travel and Places / Trinkets From My Travels

Trinkets From My Travels 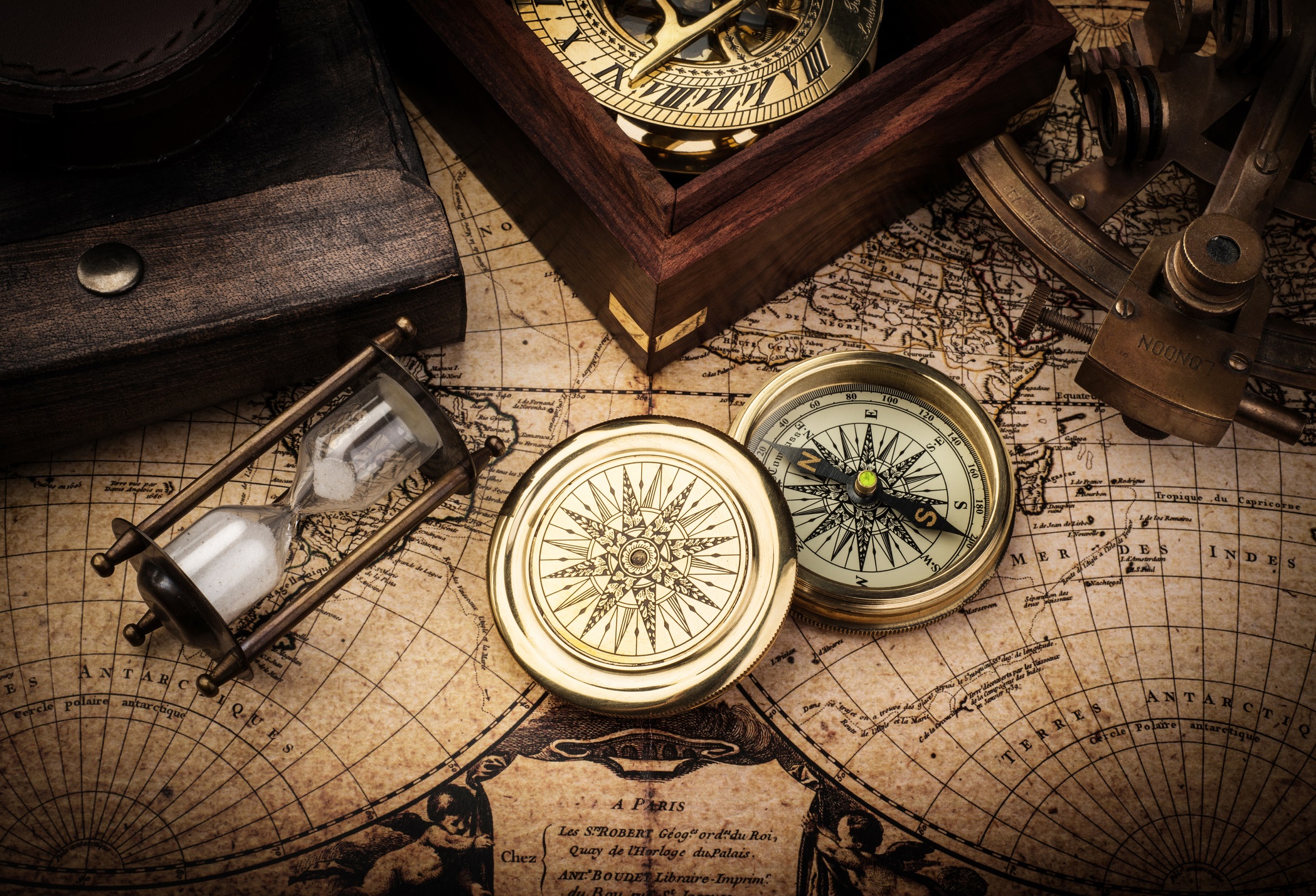 “Trinkets From My Travels”

Since moving house a couple of years ago, I’d been using one of my spare bedrooms as a storeroom.

We’ve all done it haven’t we; where the task of unpacking everything can feel so huge that we end up taking out only the essentials. Everything else ends up either stacked from floor to ceiling in a spare room; or filling up the garage, leaving your poor car sat homeless and shivering on the driveway.

Having completed some of the key renovations in the house, the time has now come to tackle the ‘storeroom’ and to get rid of some crap.

And what a task it is.

But true to my new minimalist approach to life, I’ve been selling dozens of items on eBay, giving things away to friends, or when all else fails, they end up going for their final dirt-nap in the big black bin.

Yet it’s a job that I enjoy, the act of cleansing. It’s therapeutic.

And today was a special day, as I made an unexpected find.

During an interview with another blogger (1) a few years ago I was asked when my love of travel first began. The answer was 1992, when I was lucky enough to be taken on my first ever road trip in America.

Although I’d been to America before, the 1992 trip was something different altogether, because it was my first experience of living out of a suitcase and moving onto someplace new each day. We travelled through California, Arizona, and Nevada; and it was a complete assault on the senses, experiencing everything from the solitude of the desert to the chaos of Los Angeles (2). 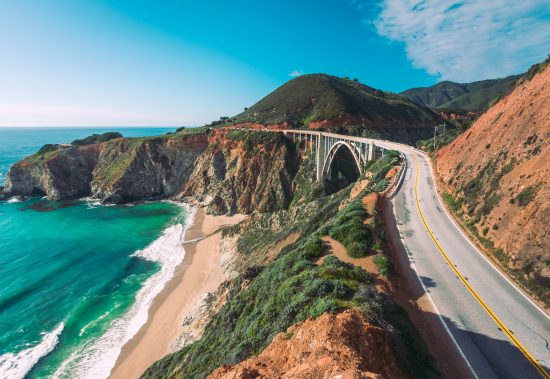 But until today, I’d forgotten about something else that came three years before that road trip.

As I was unpacking another box I came across a tatty old blue plastic briefcase. And etched on the front of the plastic were the following words.

I’d forgotten that during the house-move I’d also reclaimed a load of old childhood possessions that had been stored in my Mum and Dad’s loft since I first left home.

Up until today I’d not really looked at anything and instead it had all just been thrown into the spare room.

But here I was, sat in front of this old plastic briefcase that hadn’t been opened in 33 years; my first ever time-capsule experience.

I unclipped the fasteners and lifted the lid, not knowing what to expect.

But as soon as the lid lifted, memories came flooding back to me. There was an old plastic Mickey Mouse straw from Disney World, some letter-headed stationery from a hotel in Miami, and there were clippings from US newspapers.

There was an old Happy Meal toy from a visit to McDonalds, an Epcot Center (3) key ring, and various visitor guides and maps from a number of attractions. 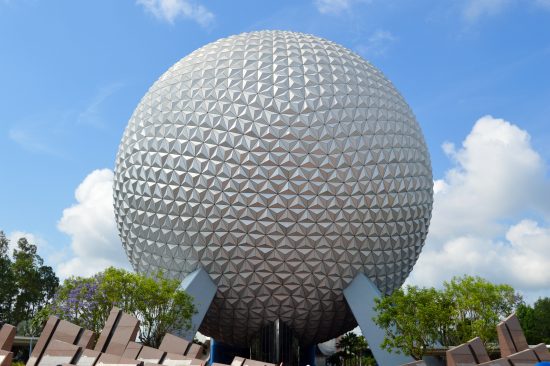 But sat right on top of all this, in pride of place, was my autograph book.

And there were all the autographs that I’d collected from all my old Disney favourites; Mickey Mouse, Minnie Mouse, Pluto, and Donald Duck. There were those lesser-known characters that were specific to the theme parks, such as Figment, and then a whole page that was signed by various members of a performing band.

But as I flicked through the pages something dropped to the floor.

It was an old envelope. I picked it up and turned it over, and then another memory came flooding back to me.

During the return flight of that 1989 trip, my Dad got into a long conversation with a man that was sat next to him. I remember them chatting as though they’d known each other for years.

When my Dad introduced me to him I remember feeling nervous, but then he asked me if I’d like another autograph.

I said yes, even though I had no idea who he was, but he shook my hand and said hello. And then he autographed the front of a blank envelope and handed it to me.

I took the envelope from him and said thank you, and then I looked it over and read the following words…

At the time I had no idea who Art Malik was. Apparently he was an actor, but he’d certainly never been in anything that I remember seeing as an 11 year old.

Back then there was no Google and there was no iMDB, but my Dad always told me to keep the autograph safe. And I kept my promise.

It wasn’t until almost five years later when I went to see True Lies at the cinema, that I finally saw Art Malik again.

There he was, up on the big screen, the nice guy from the Virgin Atlantic flight, playing the role of the bad guy in a movie with Arnold Schwarzenegger.

And here I was today, now 44 years old, sat on the carpet of my spare room holding the autograph that had been in storage for more than 30 years.

Everything came flooding back to me.

I remembered it all.

It was true when I said that my love of travel first began in 1992. But the emotional connection to travel clearly came before that.

Everything that I’d kept from the 1989 trip was kept because it had meant something to me. I’d brought it all home, I’d stored it, and I’d thought enough of it to etch it into the briefcase. 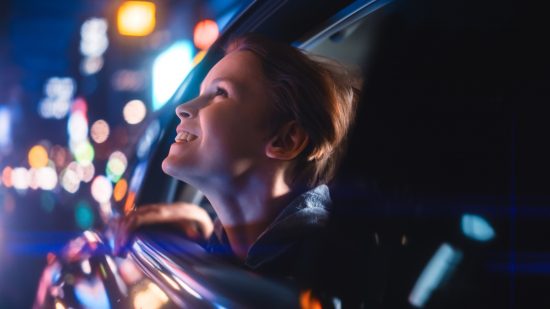 And that’s something that I still do. From every trip that I’ve been on I’ve always brought back souvenirs and trinkets; from beautiful locally-made ornaments to a scruffy old beer mat from a cheap beach-side bar.

At the time it can be easy to see some of these things as clutter, but as the years roll by and these things become unearthed, they act as a reminder.

But it’s not just that they’re a reminder of where we’ve been and what we’ve done, but also of how we’ve felt during a time in our life.

I don’t know about you, but sometimes I can get so swept up in my day-to-day life and in working towards new achievements that I very often forget of what’s come before. But today I was reminded of the importance of the past. It grounds you.

It’s essential to keep moving forwards and we should never become stagnant. We should most certainly never get stuck in the past. But sometimes, it can be good to look back. 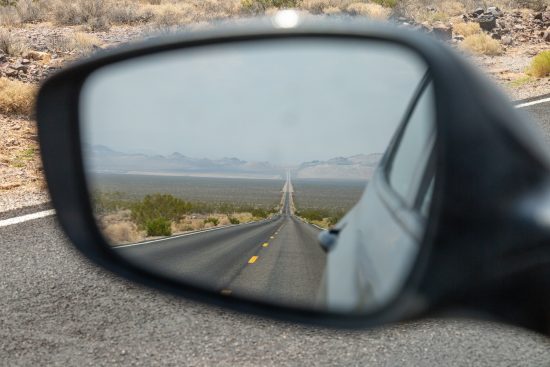 With my more minimalist approach to life, it’s amazing just how many ‘things’ I’ve gotten rid of that I clearly don’t need anymore. But my collection of trinkets is something that I could never part with.

They hold no monetary value whatsoever, but to me they are priceless.

And this is what travel is all about.

It’s not about the material things; it’s about living. It’s about knowing that you were in a certain place at a certain time and feeling a certain way.

And it’s those moments that can be captured and kept forever; either in a photograph, from picking up a pebble on the beach, or by bringing home a Mickey Mouse straw. 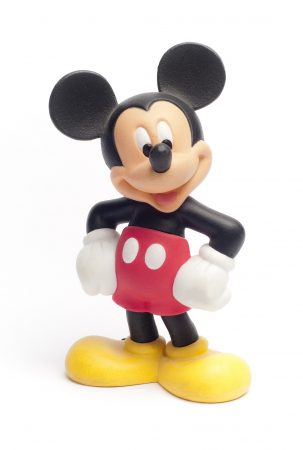 (1) This was with Andrew Scott on his website, Authentic Traveling.

(2) And this was 1992 – the year of the LA Riots, where the devastation was still evident.

(3) I’m keeping the spelling authentic for the sake of the American audience, but we all know that it’s spelt with an R and an E. 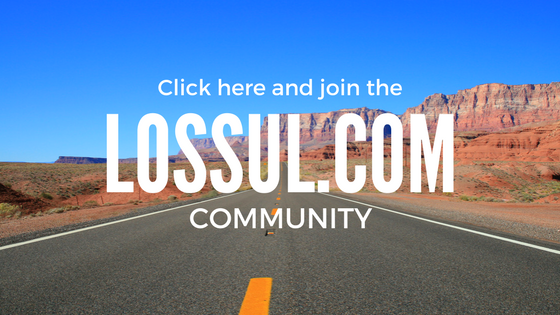 Did this article resonate with you and do you know of anybody that would appreciate reading it? If so then please do feel free to share this article wherever you can.

Do you have any thoughts or opinions on anything you’ve just read? How does it apply to your life? What are some of your favourite trinkets that you’ve picked up over the years? Do they still hold memories for you? Or do you believe that there’s no benefit to holding onto items such as these? Do you have any thoughts about the content that you’d like to share with the readers? Or do you have any questions of your own to ask that either myself or my readers can share an opinion on? Please feel free to leave a comment below and we’ll begin a conversation.

Interview with Andrew of Authentic Traveling

I’d Forgotten How To Live (in Praise of Feeder)

Don’t Ever Lose Sight of Who You Are

The Young, The Old, and The Easy Tiger

You Are Not Alone

12 Responses to Trinkets From My Travels